It’s a statement heard regularly for the past century. The world is growing and it will need to eat. The logic is that with more mouths, there will be more demand. As demand rises, then prices should follow. However, in grain that doesn’t seem to be the case, why is that?

A couple of weeks ago, I was contemplating the price of wheat versus the rise in global population over the past decades. I ended up with figure 1, this shows the real price of wheat (in 2012 prices) against the world population. It is clear that in real terms prices have fallen substantially, at the same time that the population has risen. It is logical to assume that demand has increased, as the world grows. However, there must be a reason behind the lack of upward movement in pricing. Let’s take a look at production, and what has occurred in the same period. In figure 2, global wheat acreage and production is displayed. As we can see acreage, has largely remained within a narrow band. We can however see that production has drastically increased in the same period, if it’s not through land increases, it’s obviously yield. 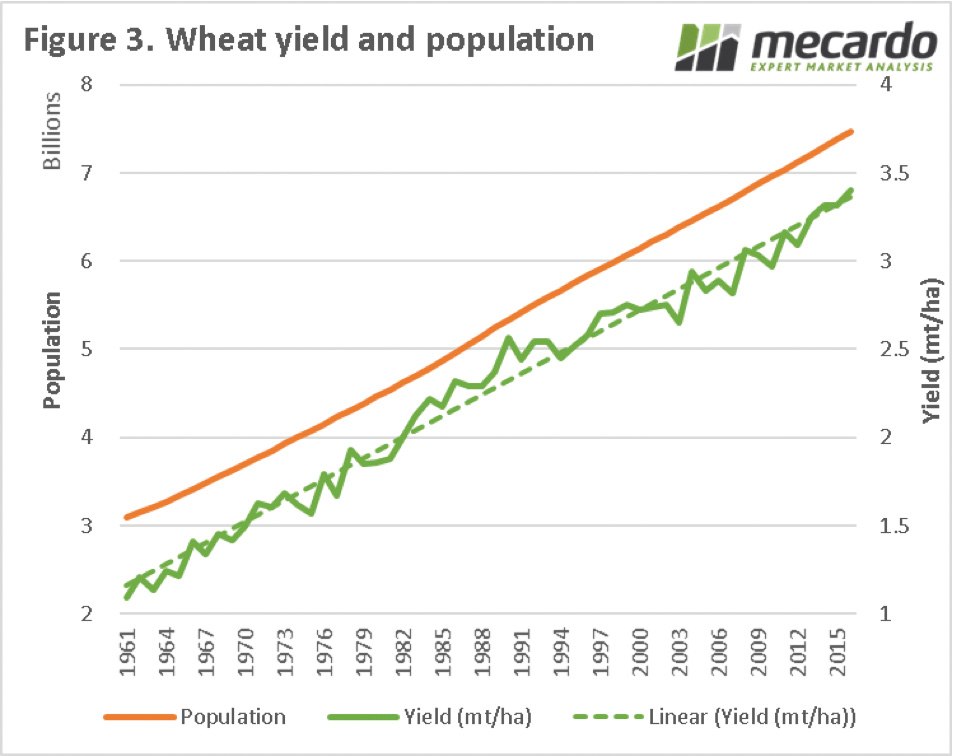 In figure 3, the population and yield are presented. Since the early 1960s to present yields have drastically increased. The average yields in the 1960s was 1.2mt/ha, this decade it is 3.2mt/ha. An astronomical increase brought about through technology, agronomy and management practices.  When we compare population and yield, they both run in a very tight parallel as can be seen in the linear trendline.

To further demonstrate our ability to produce wheat on a very large scale, the generative capacity per population is shown. This is the amount of wheat available per person, if shared equally on an annual basis. After a strong increase in yields during the 1960s, the world has continued to provide an average of 100kgs of wheat per person.

Clearly, human society has been able to advance wheat yields to keep in line with population, at an almost step for step change. This has been because of farmers adopting farming practices which enable them to produce larger crops. However, by meeting demand, has this resulted in a constrain in prices? 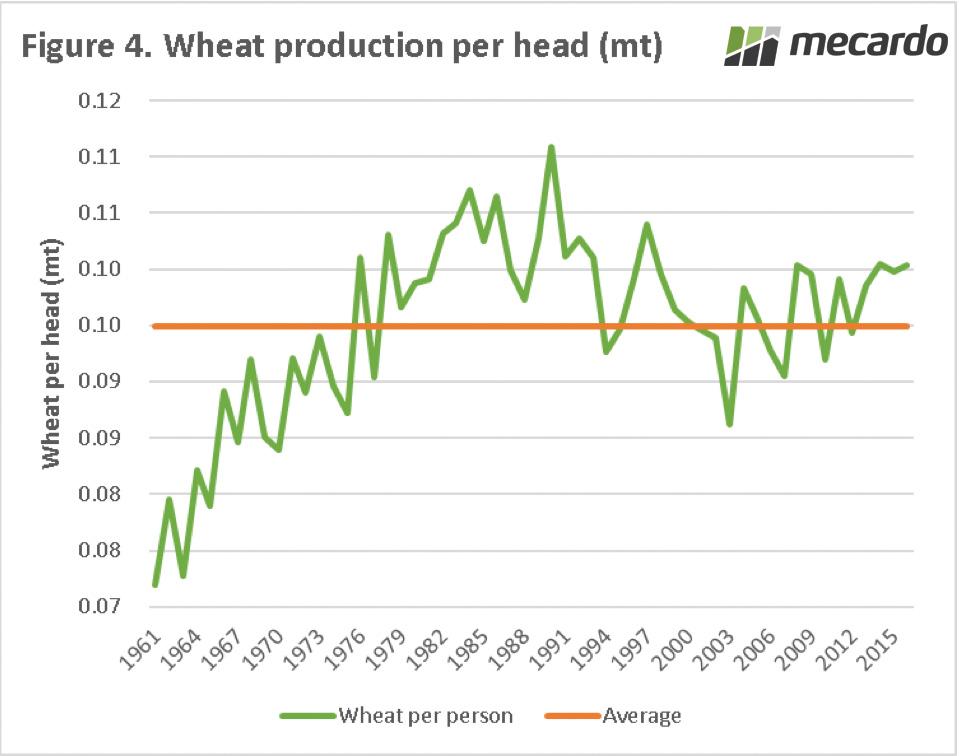 What does it mean?

The world population is expected to follow a linear path until it reaches between 9bn by 2050, and as high as 12bn in 2100. The world will be required to produce a global average yield of 4.3mt/ha to maintain a 100kgs per person productive capacity.

Is this possible? Well there are still vast tracks of land in the world that are still unproductive, which could bump up yields. There is a lot of buzz around agtech, will new precision ag technologies allow for improve production and efficiencies?

The question is, is higher production the best solution for farmers?. Although production increases will help societies prosper through lower malnutrition, will it provide increases in price?

Mecardo is Australia’s leading agricultural commodity risk management advisors and market intelligence experts.
Mecardo delivers the expertise of advisors and other market intelligence experts in a concise, easy-to-read format.
It doesn’t just report the market news – Mecardo explains what’s driving the market, helps to understand what’s
important and what it means for the reader.
The client base of Mecardo is spread across the agricultural landscape, including producers, processors and consumers
of Australian agricultural commodities, both domestically and internationally.
For more information visit our website at www.mecardo.com.au, or contact us on ask@mecardo.com.au 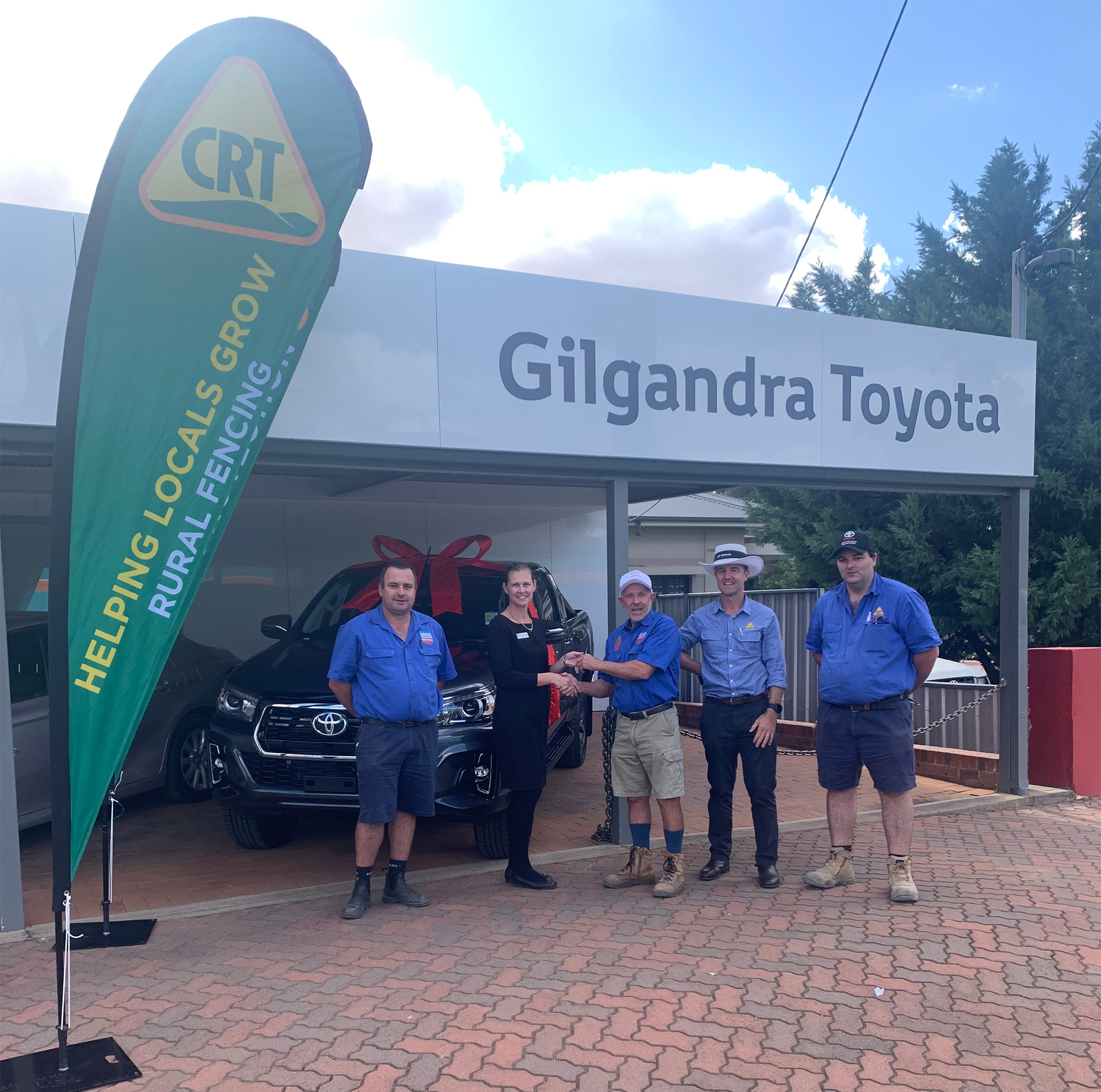